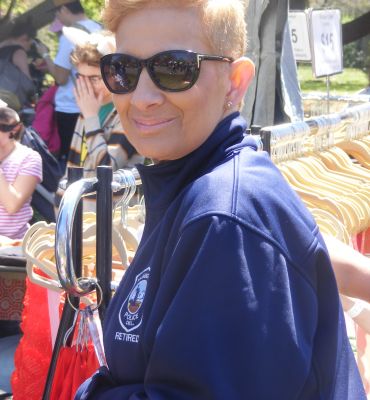 As a young child Sensei J. Velazquez started taking Judo lessons at the Aston Judo Club in Aston, PA under Sensei John Tees. She continued with Sensei Tees until she graduated from high School where she reached the rank of 1st Kyu Brown Belt as a junior.

Sensei J. Velazquez has practiced martial arts for over twenty-five years. After graduation she joined the United States Marine Corps upon completing boot camp in Paris Island, South Carolina. She continued her training in Fort McClellan Alabama and became a Military Police Officer. There she was retained by the Army Staff to instruct in defensive tactics and survival swimming. She latter reported to Quantico, Virginia to join the Marine Corps Judo Team. She met her husband, A. Velazquez, in Quantico and married him in 1981. That same year they were both transferred to Kaneohe Bay, Hawaii.

Both Sensei J. Velazquez and A. Velazquez returned to Delaware and started a family. She would eventually be selected as a recruit for the Wilmington Police Department Academy as the only female in her class and would be voted as the Academy class President. After serving 3 years as a police officer with the Wilmington Police Department, she was involved in an on duty departmental accident which ended her career as an officer after sustaining severe injuries.

Sensei J. Velazquez worked as the Administrative Director and Delaware Karate Team Coordinator for Mahato Karate Association under Shihan Michael Graves, where her husband and son trained and instructed. Presently, Sensei J. Velazquez and her husband teach Judo and Ju-Jitsu under their school name of "Delaware Judo & Ju-Jitsu Association" in the New Castle County Activity Center/PAL in Garfield Park. She continues to teach physical fitness, under JavaCize Fitness, and the children’s Judo program.