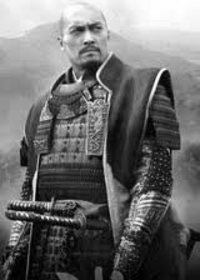 The Code Of Bushido

The Seven Virtues of Bushido

The Samurai Code: The Seven Virtues of Bushido By Gorochi

Tsunetomo Yamamoto, a samurai, gave the advice on samurai behavior in his Hagakure, a treatise on Bushido, or the Way of the Warrior. And long before Benjamin Franklin took a daily account of his 13 Virtues, the Samurai followed their own strict code of virtue, the seven virtues of Bushido.

Bushido is the unique philosophical system of the Samurai. Bushido ruled both the Samurai’s martial training and their day-to-day non-violent conduct as high-class bureaucrats. Although it was an unspoken code and certainly never canonized like the Bible, Bushido reached such popularity that certain elements were turned into law by during the Edo period (1603-1868).

Bushido came to America in the early 1900's, a few decades after the Samurai class was abolished by the government, via a book entitled Bushido: The Soul of Japan written by Nitobe Inazo (famous for his guest appearance on Japanese 5000 yen bills). Although Inazo’s book is often criticized by scholars today for romanticizing of a chivalrous age that never existed (some Samurai were very corrupt), the book is grounded in fact and at least some Samurai were adamant followers of what we know now as Bushido. While this is all fine and good, the more important question is “How can Bushido be applied to my non-violent life?” Not many people plan on cutting their own gut to protect their honor. I’ll be exploring this more in the future, but for now, let’s start with one of the core elements of Bushido of detailed by Inazo, “The Seven Virtues of the Samurai” or “The Seven Virtues of Bushido.” Training like the Samurai in the seven virtues of Bushido can make an enormous impact on your life.

The Seven Virtues of Bushido

Although it’s often translated as “rectitude”, I find that morality makes it easier to understand. Bushido: The Spirit of Japan defines morality in two ways: as the power of unwavering decision upon a certain course of conduct and more metaphorically as the bone that gives firmness and stature.

‘Morality is one’s power to decide upon a course of conduct in accordance with reason, without wavering; to die when to die is right, to strike when to strike is right.’ Morality is the bone that gives firmness and stature. Without bones the head cannot rest on top of the spine, nor hands move nor feet stand. So without morality neither talent nor learning can make the human frame into a samurai.’

Courage is an extension of morality and only useful when matched with correct morals. Courage or the spirit of daring and bearing, as it was first translated was a huge element of raising children during this time. Parents challenged their children constantly in Spartan-like training. A far cry from the overprotecting helicopter parents of today.

The Samurai, who possessed both the legal and physical power to destroy and kill were also required to keep their powers in check with benevolence and mercy. It is only those who could act with valor to the extent that they can befriend their enemies in times of peace who could capture benevolence.

Indeed valor and honor alike required that we should own as enemies in war only such as prove worthy of being friends in peace. When valor attains this height, it becomes akin to benevolence.

If you’ve ever been to Japan, you’ve likely experienced the Japanese politeness or respect. This system is based in Chinese Confucianism but the Japanese Samurai adopted and preserved this system very well. Are you working hard to treat everyone as respectfully as they should be?

By constant exercise in correct manners, one brings all the parts and faculties of his body into perfect order and into such harmony with itself and its environment as to express the mastery of spirit over the flesh.

As a principle, the Samurai did not lie and there are many tales of those who did being put to death for it. The Samurai also didn’t see the need for written contracts as that would be doubting the truthfulness of their word.

Bushi no ichi-gon…was a sufficient guarantee of the truthfulness of an assertion. His word carried such weight with it that promises were generally made and fulfilled without a written pledge, which would have been deemed quite beneath his dignity.

There is hardly a more profound concept in Bushido than honor. The Samurai lived and died by their honor, with haragiri (seppuku) being the final way of preserving lost honor. Even today there is a great deal that can be learned from Samurai-esque honor. He was born and bred to value the duties and privileges of his profession. Fear of disgrace hung like a sword over the head of every samurai … To take offense at slight provocation was ridiculed as ‘short-tempered.’ As the popular adage put it: ‘True patience means bearing the unbearable.’

During Samurai times loyalty was thought of as being more valuable than life itself. Loyalty today is fairly nonexistent, but the remainders of Samurai-era loyalty can still be seen in Japanese companies where employees often stay for their entire lives.

Life itself was thought cheap if honor and fame could be attained therewith: hence, whenever a cause presented itself which was considered dearer than life, with utmost serenity and celerity was life laid down. Of the causes in comparison with which no life was too dear to sacrifice, was the duty of Loyalty.